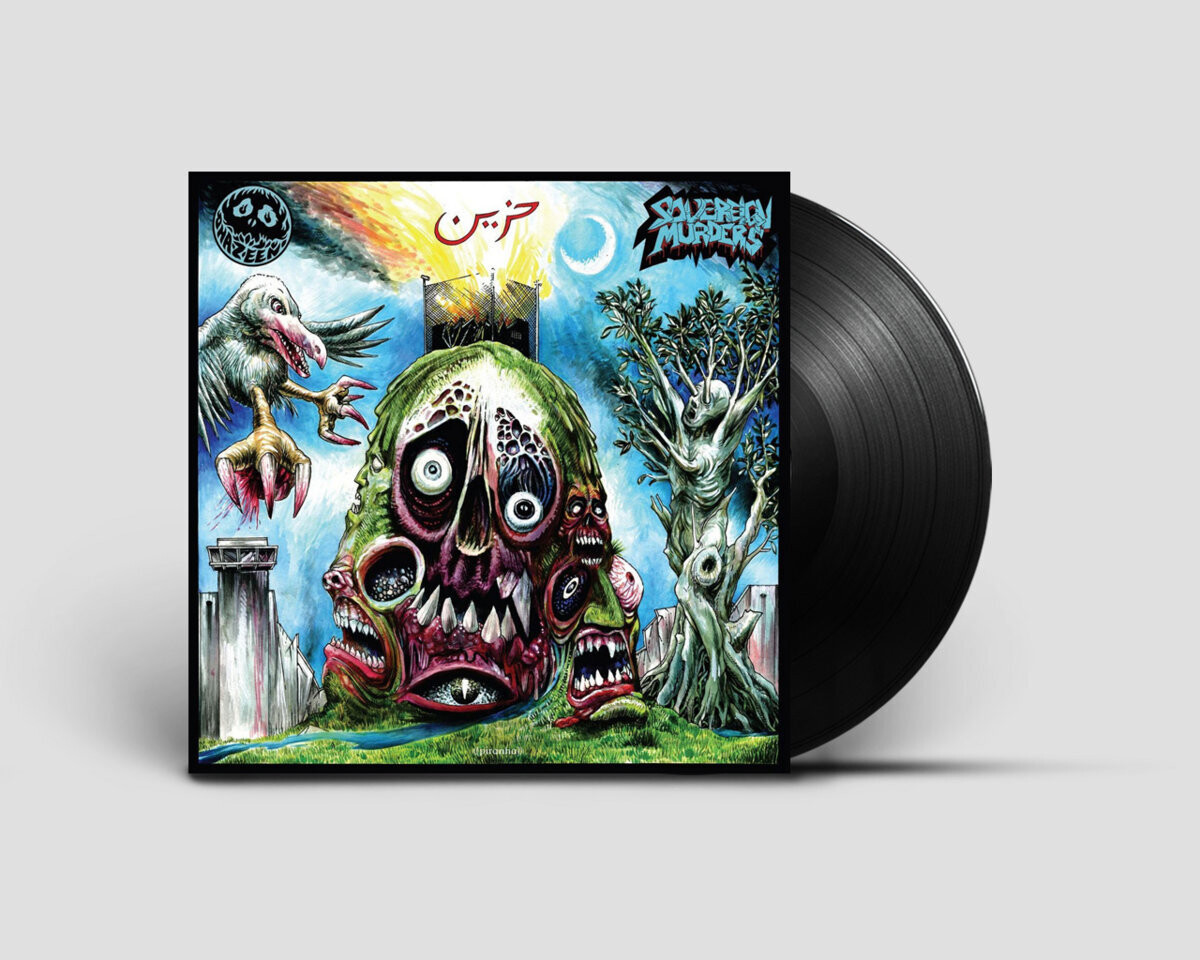 Hazeen is an anti-racist Muslim death metal band formed by Sydney-based artists, musicians and academics Safdar Ahmed on vocals and guitar, and Can Yalcinkaya on the drums and darbouka.

Safdar Ahmed has been invited to take part in documenta fifteen with a video installation an album by Hazeen, which was released by Berlin-based label Piranha Records. In Safdar's own words:

"For our first album 'Sovereign Murders' we are collaborating with Kian Dayani, who plays bass guitar and daf drum, and Kurdish-Iranian trash metal guitarist Kazem Kazemi, who was held as a refugee in Australia's offshore detention camp on Manus Island for 6 years. Our music confronts the expanding field of racism, Islamophobia and bihotry in the contemporary world, critically tackling the tropes of far-right wing ideology, 'timebomb' demographics, refugee panics and taqiyya/halal-food conspiracies. 'Sovereign Murders' will combine the energy of underground metal with Turkish and Iranian rhytms."

"Our music addresses the expanding field of racism and bigotry in the contemporary world. In our songs and performances we aestheticise prejudice, appropriating the reductive essentialisation of race, Islam and other forms of otherness — to subvert their politically confected nature. Our tunes comment on ‘timebomb’ demographics, terror- alert politics, Muslim veil controversies, refugee panics and taqiyya/halal-food conspiracies.

Appropriating the ever-growing repertoire of historical racism, we create a new poetics of terror. We are the death cult – a natural outgrowth of late capitalism – forging a new Occidentalism."

The vinyl record comes with a gatefold cover designed by Safdar Ahmed and includes a 20-page zine, Alien Citizen, as an insert. The zine includes writing and art by Safdar Ahmed, Can Yalcinkaya, Refugee Art Project and other artists participating in documenta fifteen.

Also available from Piranha Records Bandcamp page in both digital and vinyl formats: