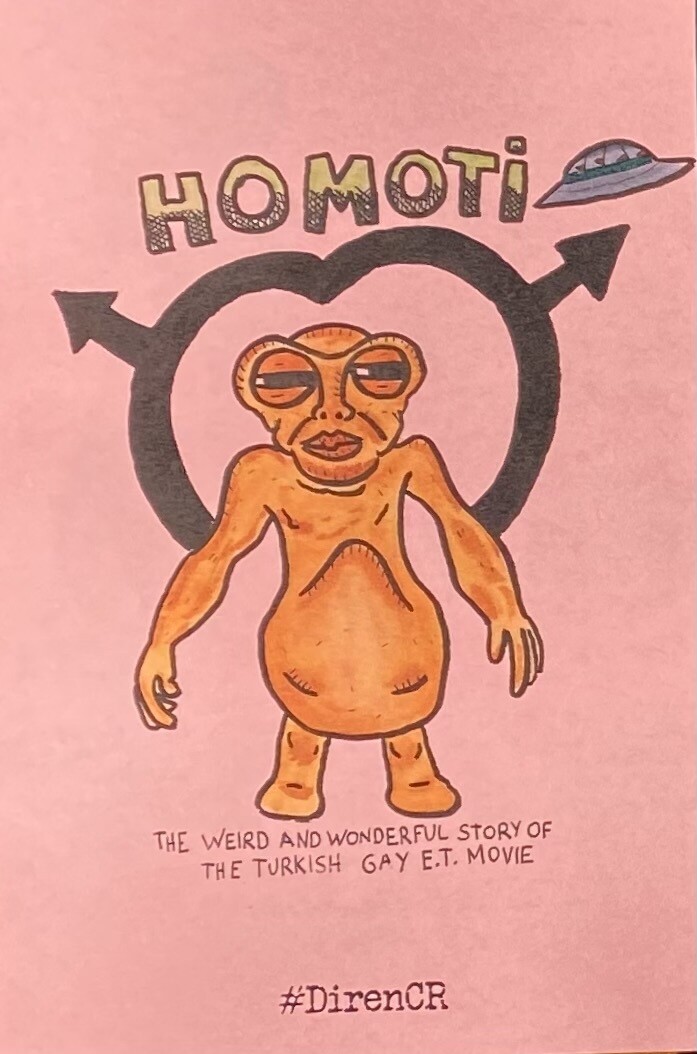 Homoti: The Weird and Wonderful Story of The Turkish Gay E.T. Remake

This comic is about an unofficial, queer, Turkish remake of E.T. (Steven Spielberg, 1982) and provides a critique of militaristic, heteronormative nationalism in the post-Coup Turkey of the 1980s, the context in which Homoti (Mujdat Gezen, 1987) was produced, through theoretical frameworks of queer phenomenology and monster theory. This 16- page comic zine brings together several academic and personal interests and fascinations of mine: cultural and political history of Turkey, B movies, remakes, gender theory, political activism, and autobiographical/underground comix tropes, in an attempt to develop a personal style in comics-based research.