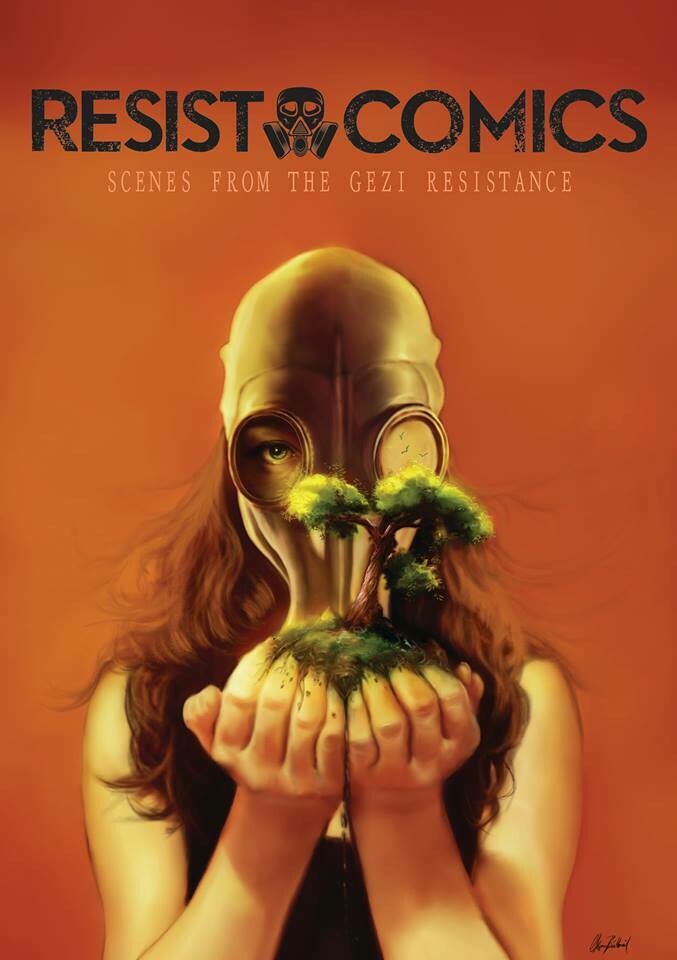 Edited by Can Yalcinkaya, Resist Comics: Scenes from the Gezi Resistance collects comics created by an international network of writers and artists inspired by the Gezi resistance in Turkey.

The summer of 2013 saw one of the greatest mass uprisings in the history of Turkey. What started out as a small scale environmentalist demonstration became a defiant outcry in the face of an increasingly authoritarian, conservative, neoliberal government.

The resistance became associated with creativity and humour of the protesters from early on, as they tackled the violent oppression of the state with a cheerful attitude of subversion. #diren (#resist) became a hashtag mantra in social media and on the streets.

#ResistComics anthology contains 110 pages of comics, illustrations, a short story and an article on comics and politics. We would like to entertain, inform and inspire our readers through this anthology.